Trans-Love Energies and a Total Assault on Culture 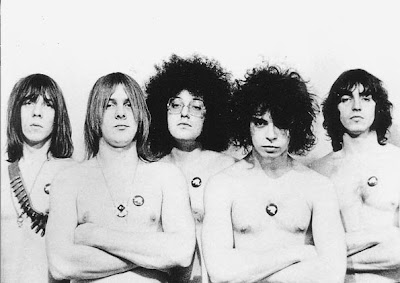 Jeff Hale, in his text "Total Assault on the Culture" traces the evolution of a countercultural movement in the Detroit area that centered around John Sinclair, the Detroit Artists Workshop, Trans-Love Energies, MC-5, and the White Panther Party. I'd like to give a summary of this important history here.

Upon arriving at Wayne State University in 1964 and interested in a "self-determined" art scene, John Sinclair rallied a lively Detroit Artists Workshop. The Workshop was a communal experiment described as “a collective interracial universe of multimedia spinning into many areas of creativity at once.” The Workshop had a structure that was both informal and highly organized. Membership dues were collected, concerts, readings, and exhibitions proposed and prepared. 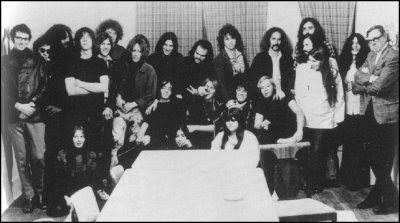 Every Sunday, the Workshop held an open house with poetry readings, jazz performances, exhibitions of photographs and original art, and screenings of avant-garde films. Over the next two years, the Artists' Workshop developed into an alternative publishing house, producing among others, the first underground newspaper of the Midwest called Guerrilla. While isolating itself from the dominant culture in Detroit, the Artists' Workshop interacted regularly with other bohemian/hip communities on the two coasts and became a countercultural outpost in the Midwest. 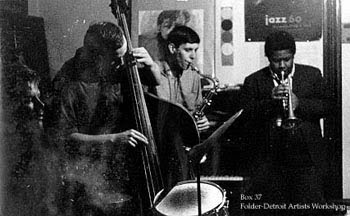 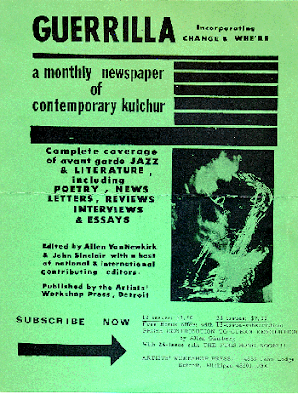 Sinclair was arrested several times for possession of marijuana and, in 1966, spent time in jail. At this time the Detroit scene underwent a radical transformation, as a number of core members left the city in fear of police brutality and with a desire to experience San Francisco's emerging hip community. Writing from jail, John advised them against abandoning Detroit: "You have it in your power now to create a vital living situation here in Detroit -- if you have the will and commitment to such a situation... we are all going to have to start working with each other and take advantage of what our local possibilities [are]." 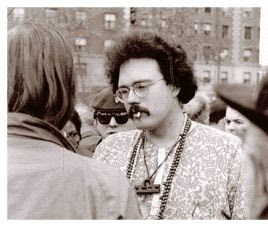 Upon his release, Sinclair began acting on his commitment to local organizing. The fruit of these labors was the eventual creation of "Trans-Love Energies" (TLE), an attempted union of counterculture, student, and other alternative groups in Detroit, named after a line in a song by folk-rock artist Donovan, urging listeners to "Fly Translove Airways, get you there on time" (the song was later popularized in "live" performances by the San Francisco rock troupe, The Jefferson Airplane). 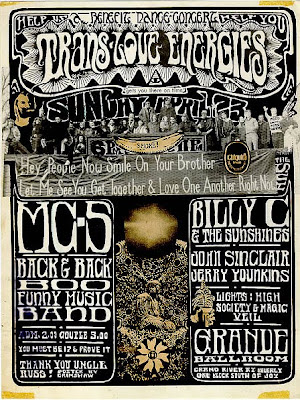 TLE tried to unify a diverse student/hip community into an umbrella organization, or "tribal council." The Trans-Love organization, like most other counterculture collectives, paid much lip service to the egalitarian "no leaders" concept. TLE continued much of what they had done as the Artists' Workshop but stepped up their commitment to underground news, alternative art events, street theater, and several bands including MC-5, which was a politically provocative, and increasingly popular stage show. 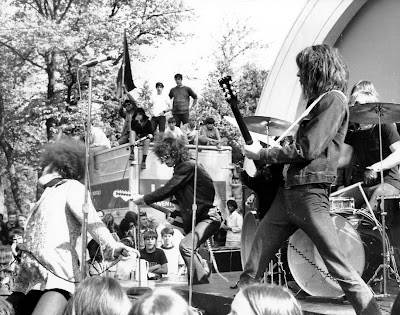 The peak of this optimistic period for Sinclair and his group came on April 30, 1967, when they staged a "Love-in" on the Detroit River. Influenced by San Francisco's "Human Be-In" the previous January, as well as the trend of similar counterculture celebrations happening in hip enclaves across the country, Trans-Love Energies promoted the event as a gathering of "peace and love," where hippies and straights could come together to celebrate a new vision of society. The "Love-In" drew police attention and resulted in a full-scale riot. 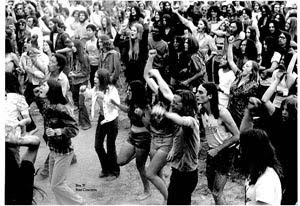 Thereafter, the hippie philosophy of getting high, creating alternative institutions, and waiting for the capitalist machine to rust away was proving to be an inadequate analysis. Sinclair later admitted: "[We had] a simplistic picture of what the 'revolution' was all about... we said that all you had to do was 'tune in, turn on, and drop out,' as if that would solve all the problems of humankind... and what we didn't understand, spaced out as we were behind all that acid, was that the machine was determined to keep things the way they were... by this time there was a full-scale suppression campaign underway." Sinclair struggled with the realization that the local police were responding to cultural revolt with political repression. Gradually, over the course of the next year, he came to the conclusion that the counterculture forms espoused and lived by Trans-Love Energies were actually political statements. 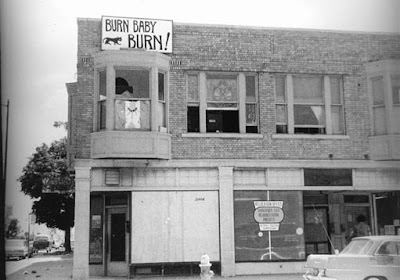 In response, TLE's activities focused on educating youth regarding both the positive, liberating aspects of the new cultural forms, and also their potential risks. Sinclair began appearing at area colleges, high schools, and other youth gatherings, urging people to join in a "total assault on the culture" -- a William S. Burroughs phrase from the early sixties, popularized by New York poet/artist (and future Yippie) Ed Sanders. The collective also stepped up distribution of its newspapers and other propaganda at MC-5 concerts, warning of police surveillance and hassles. Still another initiative involved assisting high school students with publishing alternative newspapers. 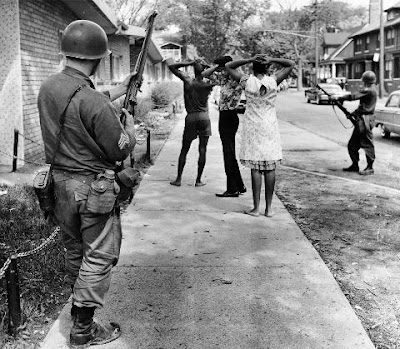 In summer of '67 racial tensions raged, resulting in the apocalyptic riots of late July. This warranted the group's collective move 40 miles west to Ann Arbor where the new Trans-Love Energies commune now consisted of twenty-eight people, including three children and the MC-5 members. New members brought with them associations to the Weather Underground, to SDS, and an underground newspaper called The Argus. Trans-Love Energies' immediate focus was music, which had recently become a local source of conflict. During the winter of 1968, the Ann Arbor City Council had passed an ordinance banning amplified music from city parks, so naturally, Sinclair decided to hold an MC-5 concert in defiance of the law. Thanks to press coverage from the Michigan Daily, the campus community got involved. Two weeks later the City Council relented, granting TLE permission to hold a series of free concerts on the outskirts of town. Freed from the stifling, repressive atmosphere of urban Detroit and fortified by its success in the Ann Arbor free concert struggle, Trans-Love Energies initiated a "total assault on the culture" throughout the summer. The spearhead of its attack was the MC-5. 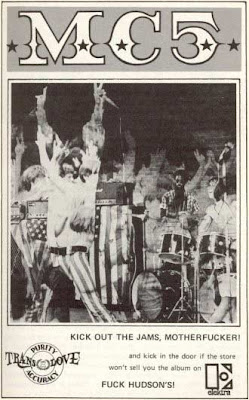 Each MC-5 concert (MC-5 was short for "Motor City Five') was a multi-media event, with psychedelic lights, rear-screen projection, plus the spiritual rantings of "Brother" J.C. Crawford. The supercharged electric music of the MC-5 was punctuated by Sinclair's radical speeches, urging youth to pursue personal freedom to the utmost extremes. At times they would appear onstage toting unloaded rifles, and at the climax of the performance, an unseen "sniper" would shoot down the band. These concerts were not only cultural assault but also, interestingly, a means of financial support for the entire TLE commune.

Despite their initial victory for free music, the group became increasingly politicized in the face of increased drugs busts and citations for disturbing the peace. As umbrella support for a growing number of newspapers and associated with the newly founded Underground Press Syndicate, the TLE's local power struggles were amplified by circulating news of radical initiatives, particularly the militant anti-war movement and that of Black Power. 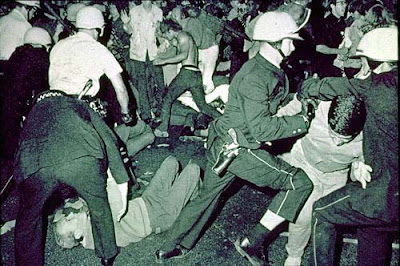 The heightened politicization of the TLE and MC-5 was evidenced by the band's notorious performance preceding the outbreak of violent protests at the 1968 Democratic National Convention in Chicago. The group's appearance at the convention is also notable for their lengthy performance -- over eight hours -- and the fact that, of a day's line-up, they were the only band to show up. According to one critic the MC-5 was "crystallizing the countercultural movement at its most volatile and threatening."

Sinclair walked away from the Chicago debacle with two lessons: that the police had acted out in response to the large number of gathered activists and therefore, the emergent Left required greater organization and, secondly, that this organization must be a model for youth on a national scale. The creation of the "White Panther Party" in November of 1968, represented the culmination of these "lessons" as well as a growing alliance with the Black Panthers whose activities were widely respected among the TLE.

At first, the WPP was little more than a paper construct. The organization's "Ten Point Program" displayed a Yippie-esque mixture of counterculture themes and "fantasy politics." The platform included such things as: full endorsement of the Black Panther Party's 10-point program and platform; a "total assault on the culture by any means necessary, including rock and roll, dope, and fucking in the streets"; free food, clothes, housing, drugs, music, bodies, and medical care; and freedom from "phony 'leaders' -- everyone must be a leader -- freedom means free every one." The WPP even had a "minister of demolition." The MC-5 continued to be the vehicle for much of the WPP political propaganda and was publicly amplified by instances like their appearance on the Rolling Stone cover in 1969.

In the atmosphere of mounting political and racial tensions, the White Panthers presented their analysis of a pending revolution in increasingly militant terms. "Pun" Plamondon emerged as the most radical of the group, issuing statements like: "... get a gun brother, learn how to use it. You'll need it, pretty soon. Pretty soon. You're a White Panther, act like one." For his part, Sinclair presented a "youth colony" thesis, which asserted that the hip youth of America were in fact a persecuted "colony," with similarities to both urban blacks and Third World anti-imperialist movements, such as the VietCong (National Liberation Front) in South Vietnam. "Our culture is a revolutionary culture," he stated, adding, "we have to realize that the long-haired dope-smoking rock and roll street-fucking culture is a whole thing, a revolutionary international cultural movement which is absolutely legitimate and absolutely valid."

The WPP's increasingly militant posturing went alongside an escalation of riots, bombings, FBI investigations, jail sentences, and several members going underground. This bit of the story is too importantly complex to simplify or wax over, yet there is not room here for the details. Perhaps the epilogue I can provide is that Sinclair and other members of the WPP, eventually reconvened in Ann Arbor and established the "Rainbow People's Party," a non-militant, grass-roots organization, whose activities mirrored the Movement's entrance into mainstream politics after 1970. 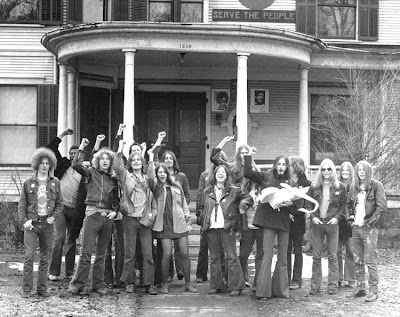 There is much to be said about the story of John Sinclair and his various collective efforts. One thing I find interesting about this narrative is the notion of expanded culture. It is fascinating to see the evolution of an artist's workshop into a militant political party. While the phrase " total assault on the culture" certainly reflects Sinclair's evolving agenda -- and is assumably referencing a total assault on civilization and power -- I'd like to point out that his method of assault was, in fact, culture. Through newspapers, music, multi-media events, and public gatherings, these groups attacked dominant society and asserted resistance with forms that were extensions of cultural/art production. As Stewart Home, in his book appropriately titled "Assault on Culture: Utopian Currents from Lettrisme to Class War" states that the WPP was comprised of "former cultural workers who were leading the radicalisation of Amerikan youth with the newly developed freak style of political agitation." No doubt, this story is part of a much longer history of vanguardist practices that aim to recreate the world through its spectacular destruction. I offer this story here, via Red Legacy, as a yet another example of radical change accomplished through collective cultural production. 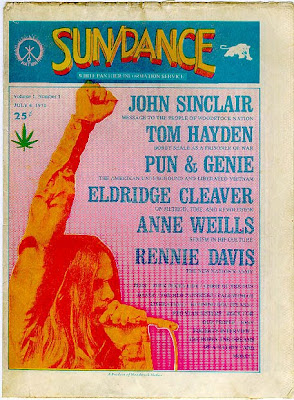 Much of the text above has been borrowed directly from Jeff Hale, with thanks.