The Anonymous Artists of America

Yesterday, I visited a commune called the Anonymous Artists of America.  It was a fascinating experience that I won't detail here and now.  But in visiting this extraordinary place and in the week I've been at Libre, a commune across the valley, I believe that the history of these places and people must be considered.  Below is an excerpt from a grant I recently wrote, in hopes of funding research of the AAA and the Huerfano Valley.   In the meantime, I'm slowly piecing the stories together. 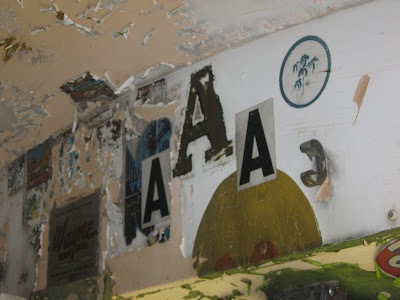 As Stanford students in the mid-Sixties, the AAA (or “the Triple A,” as they are often called) were exposed to both sanctioned and informal LSD experiments amidst a community of provocative artists and thinkers. Tinkering with emergent video and music technologies, the AAA formed a rock band that aimed to expand consciousness through immersive music experiences, a regimen of psychedelic drugs, and a collectively spontaneous presence in the world. This very intentional commitment to consciousness expansion and to an art-driven lifestyle eventually led the AAA to southern Colorado where they joined an emerging culture of young artist refugees who were homesteading in the Huerfano Valley. The AAA created linkages between the major sites, people, and ideas of the counterculture but are seemingly under-documented and all but forgotten, and ironically anonymous. 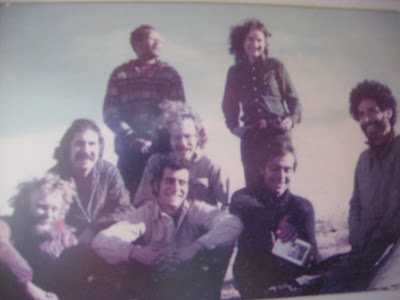 The story of the AAA is fantastic. Their endeavor to be a band was jump-started by several gifts: the first was a full set of instruments financed by one of the artists, Lars Kampman, which was followed by Owsley Stanley’s gift of 100,000 micrograms of (then legal) LSD. They were also given the second music synthesizer in the US by Don Buchla, its inventor, which took a year to build out at the highly influential Tape Music Center in San Francisco. The AAA were one of the first psychedelic bands at a time when rock and roll was redefined through massive advances in amplification technology and by music labels, like Capital Records who commissioned LSD fueled projects. The AAA frequently opened for the Grateful Dead and headlined at Ken Kesey’s notorious Acid Test Graduation. Their performances went on for hours and weren’t especially

good, involving costumes and a topless bassist, handmade instruments and spontaneous improvisations that mixed with strobe lights and film projections, turning the show into a multi-sensory immersive experience. 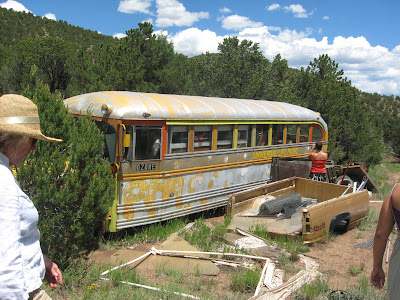 The AAA disintegrated in the mid-80s after their charismatic ringleader, Lars Kampman, died of AIDS. Prior, the collective bought a bus and toured the country making music and mayhem, eventually landing in Colorado where they built homes on several parcels of rural land. Their music crashed into the small towns of Walsenburg and Chama as well as Denver, creating soundscapes for the commune movement that magnetized hoards of youth into the Rocky Mountains. Although the band is now defunct, the AAA still collectively own some 400 acres in Colorado’s Huerfano Valley, situated near Libre, a thriving 40-year old commune. Several people continue to live on the AAA land, old friends come to visit, but the homes and people are aging and the land may one day be in jeopardy. 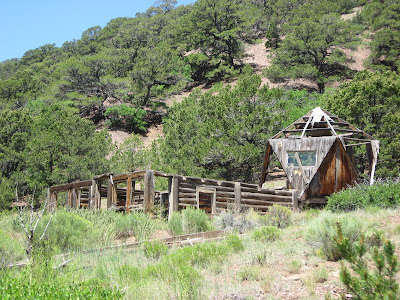 The group wove together the likes of Stewart Brand, Nina Simone, Bruce Conner, Alan Ginsberg, Andy Warhol, Hell’s Angels, Santana, the San Francisco Diggers and the Mime Troupe. They helped to evolve radical music and art-making practices and were certainly at the center of a major cultural shift. Therefore, I want to analyze how the AAA’s alternative forms of art-making were instrumental in linking people coast to coast and from cities to countryside, ushering in a new set of social, political, and artistic norms. 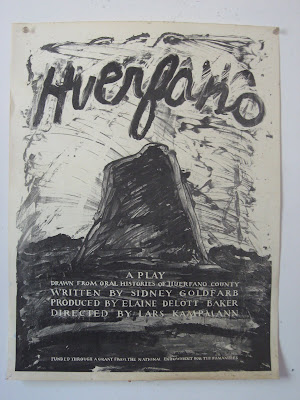 I’m interested in how the story of the AAA might trace the evolution of an experiential art practice -- one that merged music, visual arts, fashion, and performance, that drew inspiration from Happenings, the Dadaists, and street theater -- that was not so much about making objects, but making experiences. I want to know more about the group’s mundanely spectacular corroboration of a counterculture, and also what experiences or dynamics may have allowed for such authentic self-expression – what was happening at Stanford that fed this vanguard of wildly experimental, yet thoroughly educated youth? I’m curious about the phenomenon that then occurred in Colorado’s Huerfano Valley and how this place, called orphan in Spanish, lured artists from both coasts to experiment with communal living. What about the Huerfano, that until the mid- Sixties was primarily a community of Spanish farmers and cowboys, fostered communal land ownership and a diverse assortment of hand-made homes? How were encounters with the vast southwestern landscape part of a consciousness-expanding program? How is failure a type of generative experience that, over time, transforms into agency? Through a thorough investigation of the AAA we may see evidence of how and why transcendental experiences lead to a more interesting and engaged world.